When Vibration Matters More Than SOUND 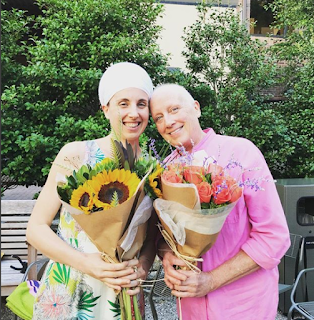 I recently re-watched some footage from a benefit concert I did at a cancer treatment facility in Trumbull, CT.

I was reluctant to post the footage when I first saw/heard it because the background noises were so loud. We did the concert completely acoustic in the outside "healing garden", but the center is right next to the highway and there were traffic noises throughout the whole concert.

Interestingly, I didn't notice once I started singing though.

The audience was so "with me", so engaged, I was just able to tune into my Self and play away. It was an amazingly healing meditative experience for me.

When I heard the footage, I was actually kind of shocked that we were able to create a sort of bubble for ourselves during the concert. I don't think anyone else noticed the highway either.

I re-learned from this experience that vibration trumps acoustics.

In other words, reality is what you make it.

We were all having a good time and decided we could hear just fine. Traffic and all.

Obstacles really aren't obstacles unless you decide they are. And we didn't.

Here are two clips from the show.

The other thing you may notice is that I'm standing. I NEVER stand and play harmonium, but I chose to this time because everyone was sitting in chairs and I wanted to be at their height.

I will stand again!

Voice teachers will always advise a singer to STAND rather than SIT for optimum performance.

Ok, I concede. They are right.