How I Found Kundalini Yoga

This is the story of how I found Kundalini Yoga, and, through it, myself.

(This was first posted on Spirit Voyage's Blog) 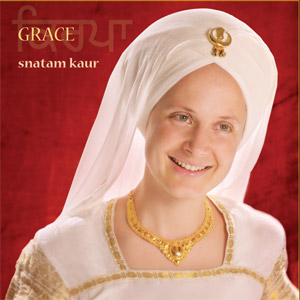 When I first heard Snatam Kaur’s voice, I had no idea where it came from. I was not a Kundalini Yogi. I was not a Sikh. I could not have even told you how to pronounce Snatam’s name (first or last!), let alone the mysterious sounding words she was singing. And yet, I listened to her “Ray Man Shabad” (from her album Grace, produced by Thomas Barquee) on repeat in my car for three months when I first moved to Los Angeles.

The way that track made me feel was different from any other song I’d heard before. I would usually gravitate towards music that fit my current mood—happy, distressed, lovelorn, lonely, angry, etc.
This music was different. It was fitting to any emotional state, but it didn’t keep me where I was. It took me somewhere else. More than that, “Ray Man Shabad” created a sonic space I wanted to live in.

I cannot remember what seemingly random incident first took me to the Golden Bridge, however, when I entered, the bookstore was playing Snatam’s “Ray Man Shabad.” I saw a few people who dressed identically to what Snatam was wearing on the album cover of Grace, and I thought to myself: “this place is the physical manifestation of how that music makes me feel.” In that moment, I had a very strong sense that I had been part of this community before in another lifetime.

After this experience, I wanted to know more, and it only then occurred to me that the meaning of the shabad (Sikh hymn) might be on the internet somewhere. My first understanding of what I found was that “Ray Man Shabad” was about the healing that comes from singing. Since I was a singer, that seemed pretty fitting.

My current understanding is that the shabad is a statement about true God awareness— that it cannot be superficially expressed by wearing “spiritual” clothing, or preaching about one’s faith. It can only be lived—as virtue.

In a place like Los Angeles, where persona tends to rule the day, I am so grateful for this sound current that reminded me (albeit in a language I didn’t think I understood) to be true to myself. It has been my compass ever since.

My favorite line, and the one I mediate on most frequently is:
Jaap so ajapa jaapay,

… which I interpret as, “sing with such devotion that you are vibrating God’s name even when you are silent.” 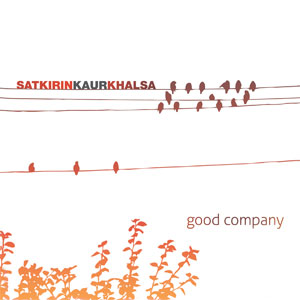 In the magical synchronistic way life seems to work since Kundalini Yoga entered my life, I was recently asked to sing background vocals for SatKirin Kaur Khalsa’s new album, Good Company. In the control room in Thomas Barquee’s studio (producer of Grace) he asked me if I knew the next shabad we were going to record vocals for. I looked down at the shabad sheet titled “Ray Man Eh Bidh Jog.”

Yes, I know that one well.

End of original post. I hope you enjoyed that.